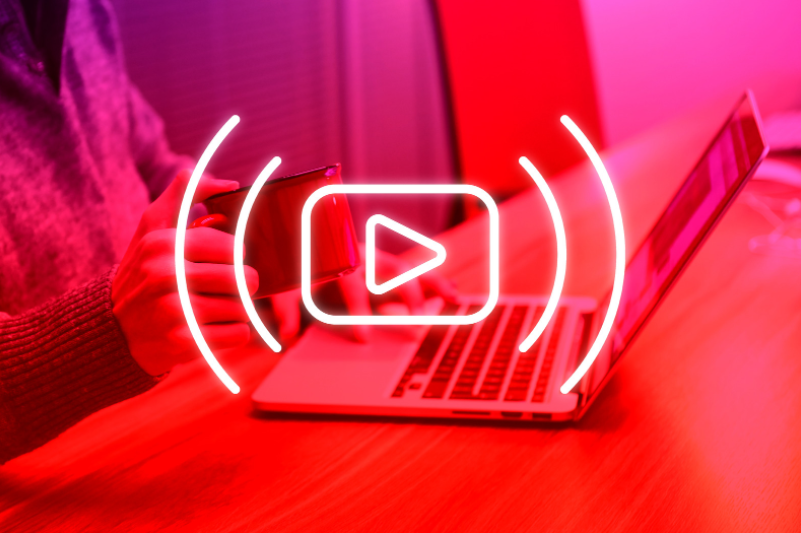 In online marketing, video is a growing phenomenon that can be an essential boost for businesses. However, if it's done wrong, video marketing could hurt consumer trust and buying decisions. The six videos below show some common mistakes made by marketers to create a buzz around YouTube. They may seem funny at first glance, but their implication is serious: because they turn off the viewer from the idea of purchasing what they are selling instead of encouraging them to buy.

In short, these videos reinforce false assumptions about how one should market using video. In each example, you decide whether or not this strategy was effective or counterproductive:

What happened? A man walks into a room full of chicken eggs, starts cracking them, and adds some plant-based ingredients into a bowl. He then puts the mixture into a pan and cooks it. Finally, he pours some "scrambled egg" on a plate and takes a bite.

Our analysis: This video looks more like an ad for vegan food rather than an introduction to Hampton Creek Foods' new product Just Scramble (a substitute for eggs), although they worked with advertising agency Droga5 on it. The final result is too long (more than 2 minutes) and doesn't engage the viewer in any way; there's no call-to-action at the end asking people: would you like to try? Would you like some information on our new product?

Instead, this video could have worked better with a narrative approach to create an engaging story and add relevant information in short fragments; let the viewer get involved by asking questions (i.e., What do you think will happen next?) that would make them want to click on the link below the video to find out what's going on; at the end, of course, show clearly how your product/service can solve their problems and ask for their business.

What happened? A team of sexy and scantily-clad women emptied bulk Magnum ice cream containers all over a public square, which made people wonder if there is free food available somewhere nearby.

Our analysis: People nowadays are bombarded with ads everywhere they go, but that doesn't mean they always pay attention to them. In this case, the Pleasure Hunt ends up being a distraction instead of grabbing people's attention. It is loud and flashy, sexy to some buy misogynistic to others, and conveys an idea of carelessness rather than luxury or quality. Therefore, the video fails to connect with the audience emotionally and does a poor job of recruiting customers for Magnum.

What happened? A man sitting in a chair watches TV by controlling his IVR cable box with his voice commands while receiving medical treatment from doctors and nurses that pop into his room to assist him.

Our analysis: It's one of the most off-putting ads during Super Bowl 50. It shows a sick man living in his hospital room and not being engaged with the world around him. Even if it's meant to get you thinking about how great it can be to watch TV using their new voice-activated cable box, people want to feel inspired by watching something on TV while they are still healthy. This wouldn't be an ad that makes them look forward to experiencing significant changes in their lives soon. Instead, the video may make you think about a bad idea to have some illness or medical condition yourself, which could prevent you from enjoying your life thoroughly.

This commercial offers no clear benefit from getting their service. By showing a person who cannot move freely in their room, the video conveys an idea of confinement and lack of independence which goes against what CraveTV offers: a cable box that would realize all your TV watching dreams! If they wanted viewers to start thinking about making life better through technology, they should have focused on people's possibilities rather than limitations.

What happened? A family flies across the world to go on an adventure in different locations around Reykjavík.

Our analysis: This ad portrays tourists who visit Reykjaví as adventurous individuals who want to discover new things and go on exciting adventures. It also portrays them as tourists that go around to different places and take pictures of everything and everyone. This makes people who live in Reykjavík seem like they don't appreciate their culture or history and turns off potential visitors from wanting to visit if they think nothing is interesting about the city itself.

What happened? A grandmother is sitting down with her grandson to pick out items for his Christmas list; we then see a series of scenes where he interacts with characters from popular children TV shows (Postman Pat, Fireman Sam, Noddy) showing off what he wants Santa Claus to deliver in time for Christmas.

Our analysis: In contrast to the other ads, it's a short video with a clear objective: getting children excited about Christmas. This ad is so effective because it clearly shows what kids can expect from Santa Claus while gradually building their excitement instead of throwing everything at them in one video. At the same time, it also empowers kids by showing how they have a say in what they want for Christmas.

What happened? A man opens up a Kit Kat bar and breaks off pieces of chocolate to be shared between him and his friends.

Our analysis: This video tries to get viewers thinking about the joy of sharing without having any specific product or benefit in mind. This would be effective if the ad were for a social media app that allowed you to share photos or videos with your friends, but this video doesn't mention anything about apps, let alone any brand name.

What happened? A man walks into his living room. He has an interactive hologram of himself projected onto the wall giving him suggestions on what he should watch next while also showing off other benefits of their service.

Our analysis: While not directly related to TV shows, it does show how technology can make people's lives better by offering them streaming services instead of forcing them to spend time searching through channels or browsing through movie libraries. The only problem with this commercial is that it doesn't mention anything about the service and what makes Netflix so unique.

What happened? A little girl asks her dad for a stuffed bunny from Santa Claus, but he tells her that she has to wait until Christmas day to find out if she gets it. They then go outside, where we see children from all different backgrounds sitting on a bus as they're being taken somewhere to spread joy and happiness.

Our analysis: This ad stands out from the other ads because it clearly shows why their service is beneficial: giving people hope, even in the darkest of times. It also emphasizes not judging kids by their appearance or background, which can be an essential lesson for some children. Unfortunately, it doesn't mention anything about the brand or what makes their service unique, which is why it's so surprising how they've been able to stay in business for so long.

These are some of the most popular videos that brands have released this holiday season; most of which aren't trying to sell their products, but instead, they're trying to make people enjoy their lives more. The only problem with this is that many are too vague, making it very hard for viewers to know what brands are trying to sell.

You can get more informational content through our blogs and podcasts to avoid these mistakes for your video marketing!

Paid Ads Common Mistakes: Are You Setting Your Money on Fire?

How does Beyond Story Media use Podcasts as a Marketing Tool?

The Story Tellers: What is the Beyond Story Media Marketing Strategy?

Omnipresence: The Power of Being Everywhere

How to achieve Omnipresence in your Business?

How to Grow Your Business with Video Marketing?

2021 Video Marketing Trends and How to Keep Up

Benefits of a Podcast for a Business

What is a Digital Marketing Funnel?

What is SEO Optimization and Why Do You Need It?

What is the Importance of Storytelling in Marketing?

The Different Types of SEO Keywords And When To Use Them

How Can Solar Energy Change Your Lifestyle?

The Incredible 7 Step Plan to Generate Profit from Social Media

How to create full-height & width sections in Divi with one simple code.